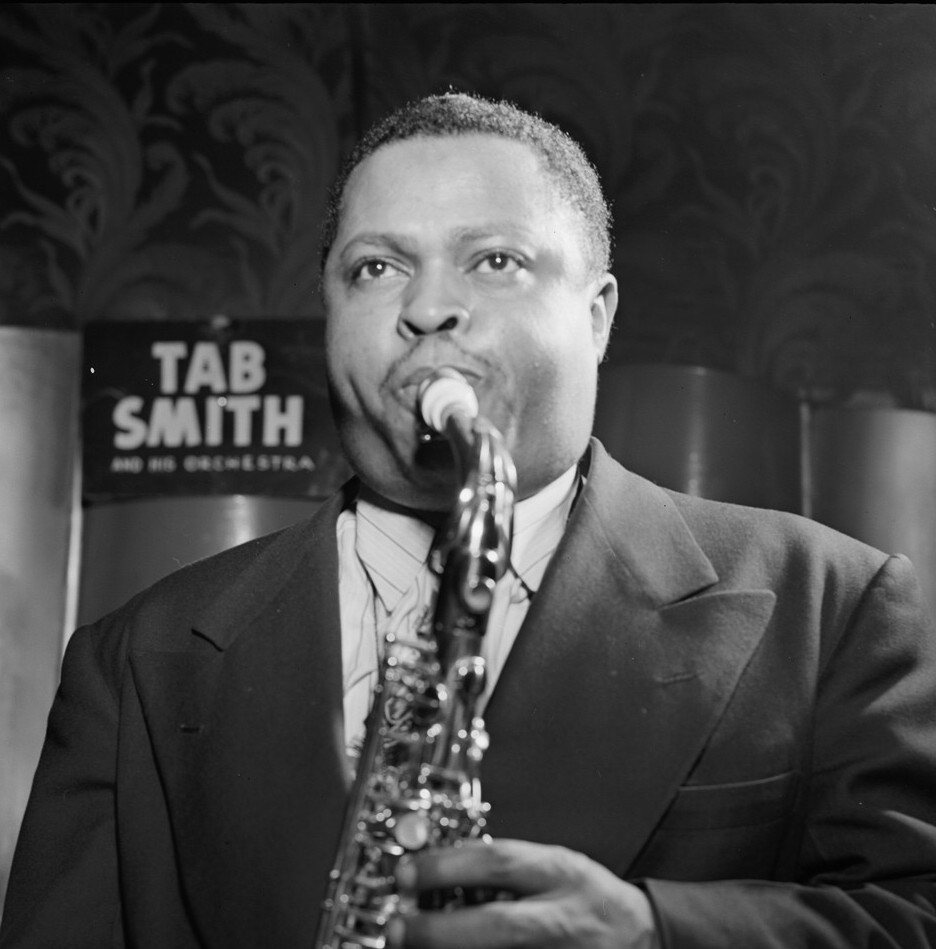 During the 1930s and 1940s, Tab Smith was an in-demand jazz saxophonist, performing with the Count Basie and Lucky Millinder bands and recording with a number of bands and soloists, including Coleman Hawkins.

Talmadge “Tab” Smith was born in Kinston, North Carolina on January 11, 1909. He first learned to play piano, then C-melody sax at the age of 13 before he dedicated himself to the alto and soprano sax, but he made his name with the alto sax. He joined his first professional band, the Carolina Stompers, in 1929.

Smith became a prominent jazz player during 1935 to 1939, when he played with the Lucky Millinder band; from 1940 to 1942 he played with Count Basie’s band, then re-joined Millinder from 1942 to 1943 before he formed his own combo. During the late 1930s and early 1940s Smith played on recording sessions for Billie Holiday, Earl “Fatha” Hines, Charlie Shavers and Coleman Hawkins, in addition to the bands of Count Basie and Lucky Millinder.

During the pre-bop era, the alto sax was generally considered a section horn, rather than a solo instrument and this is the role Tab Smith as well as others such as Benny Carter, Hilton Jefferson, Earle Warren, Jimmy Dorsey, Willie Smith and Pete Brown played in bands.

After World War II, Tab Smith performed rhythm and blues; this was the period when rhythm and blues emerged from blues and became an exciting music, which led to rock’n’roll during the 1950s.

In 1945, Tab Smith had a top ten hit on the R&B chart with “I’ll Live True To You,” featuring Trevor Bacon on vocals. Smith’s biggest hit was “Because of You” recorded for United Records as “Tab Smith, His Fabulous Alto and Orchestra.” That recording stayed number one on Billboard’s Rhythm and Blues chart for two consecutive weeks at the end of 1951 and crossed over to the Pop Chart, where it reached number 20.

Tab Smith was an important artist on the United Records label; he released 24 singles and a ten-inch album on the label. However, when United closed in 1957, it hurt Smith’s career. Although he recorded with Checker Records in Chicago and King in Cincinnati, he never had the success he had with United.

Sunny Side Of The Street

Under A Blanket Of Blues