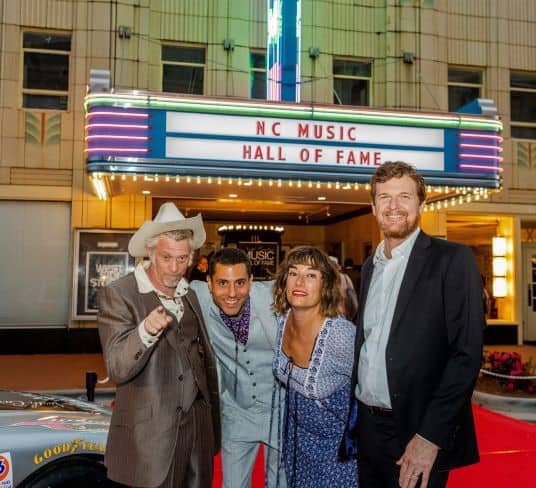 Their music is a fusion of delta blues, gypsy jazz, 1930s-era swing, klezmer and other styles presented in a campy, up-to-date presentation. The band is credited with contributing to the swing revival that occurred during the late 1990s influenced by Johnny Ace, Cab Calloway, Django Reinhardt, Raymond Scott, Fats Waller and Tom Waits.

Their debut album The Inevitable was released in 1995 and in 1997, their single, “Hell,” written by Tom Maxwell, was a chart record on Billboards Hot 100 airplay chart with a peak position of number 72. Their second album Hot was a certified platinum, one of the first enhanced CDs containing an interactive presentation created by Clay Walker.

The group toured with Neil Young in 1997 and a year later released their third album Perennial Favorites followed by Christmas Caravan and Bedlam.

Which brings us to the question: What is a Squirrel Nut Zipper?

The easy answer is that it is a popular caramel and peanut candy snack, but that’s not how the group got their name. ‘Nut Zippers’ is a southern term for a variety of old bootleg moonshine. There was a newspaper story about an intoxicated man who climbed a tree and wouldn’t come down—even after the police arrived. The headline for the story was Squirrel Nut Zipper and that newspaper headline became their name.

The Zippers performed at the 1996 summer Olympics in Atlanta and performed at President Bill Clinton’s second inaugural ball. They have appeared on The Tonight Show, Late Night with David Letterman, Conan O’Brien and Dick Clark’s New Year’s Rockin’ Eve.

During the early 2000s the band was inactive and members went their separate ways.

In 2007 the Squirrel Nut Zippers regrouped and announced tour dates with a lineup of Jimbo Mathus, Katharine Whalen, Chris Phillips, Je Widenhouse, Stuart Cole and Will Dawson performing throughout the United States and Canada from Summer of 2007 and all through 2008.

In October of 2009 they released an album Lost at Sea.

The Band continued to tour and released 2 albums, Beasts of Burgundy in March of 2018, and Lost Songs of Doc Souchon released in 2020.

Hiding in sellers, or in plain view, the Squirrel Nut Zippers sack and plunder the old weird America, then sail off to further distant lands. 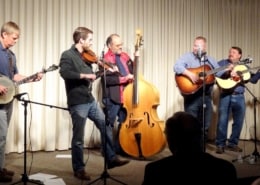