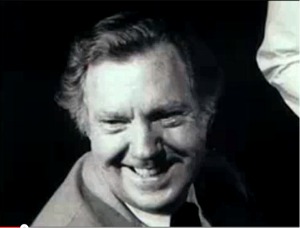 McGlohon was the son of an auto mechanic and a school teacher. As a boy, he was enthralled by the big-band sound. He learned to play piano from the organist at his family’s church.

He graduated from East Carolina University but dropped the only music course he took because he was making low marks. He did, however, improve his piano playing and embarked on a professional career, working a variety of local jobs. World War II put his career on hold when he served several years with the Army Air Forces.

After the war, he played briefly with the Jimmy Dorsey and Jack Teagarden orchestras. Then, from the early 1950s on, he became heavily involved in radio in the Charlotte area, where he became a well-known personality and music composer.

Some years ago, McGlohon had a regular National Public Radio program in which he collaborated with Wilder on a series based on Wilder’s book “The American Popular Song.”

Active in Presbyterian churches in Charlotte, McGlohon was for decades a choir director and wrote religious songs such as “Teach Me Lord.”

He was an arts booster for his home state and wrote the musical “North Carolina Is My Home” in 1983 with television journalist Charles Kuralt, another North Carolina native. They performed it throughout the country and in Europe

According to the Charlotte Observer, McGlohon also composed the occasional ditties for commercial dollars, including one called “I’m a Super Dooper Pooper,” for a firm packaging material on potty training.

The song became popular with adults, including David Letterman, who played it occasionally on his late-night television talk show.