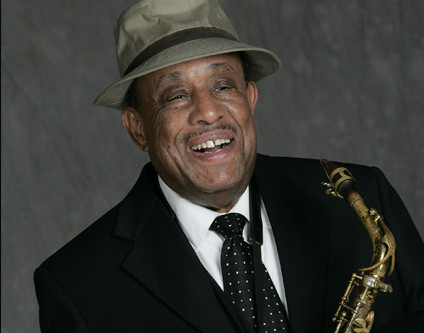 Born in Badin, Lou Donaldson is a renowned jazz saxophonist. He spent his early years in the bebop era, influenced heavily by Charlie Parker. Playing alto sax, Lou made his first recordings with the Charlie Singleton Orchestra in 1950. In 1952 he played on recordings by Milt Jackson and Thelonious Monk. Donaldson recorded a number of albums as a member of Art Blakey’s Quintet, including the landmark Night at Birdland album in 1954, recorded at the legendary Birdland nightclub in New York.

Donaldson has performed and recorded in the bop, hard bop and soul jazz genres. He has an impressive discography from 1962 to 2000 which includes a 1996 compilation album The Best of Lou Donaldson: The Blue Note Years. Other recordings include Lou Donaldson at His Best and albums with Clifford Brown, Thelonious Monk, Miles Davis and Art Blakey. With Jimmy Smith, Lou recorded A Date with Jimmy Smith Volume One and Two, A House Party, The Sermon!, Cool Blues and Rockin’ the Boat, all on the prestigious Blue Note label.

As an alto saxophonist, Lou Donaldson is one of the premier sidemen in the history of jazz.

Everything I Do Gonna Be Funky (From Now On)

Interview for a UNC-TV documentary September 1987