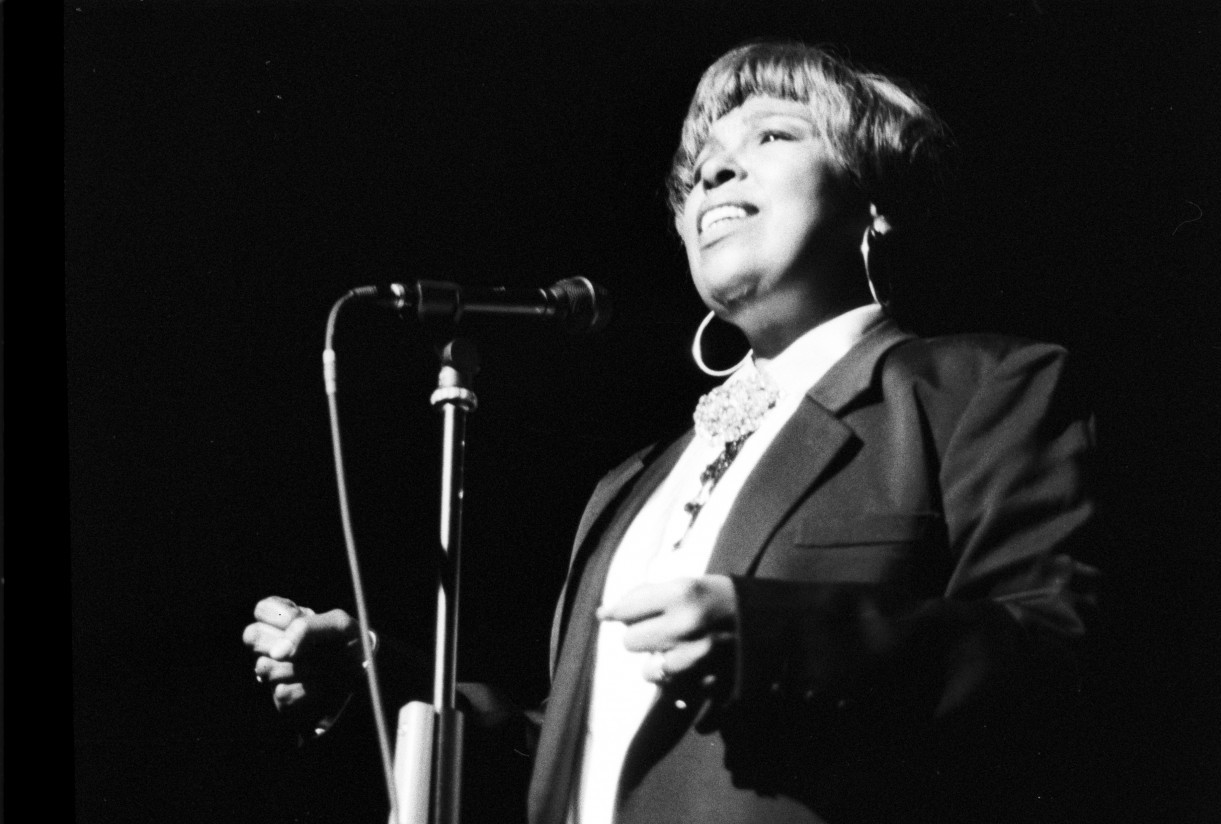 Roberta Flack was born into a musical family; her mother was a church organist and her father was a jazz musician. She grew up in Arlington, Virginia and studied classical piano; at 15 she won a scholarship to Howard University in Washington, D.C. where she studied piano and voice and served as assistant conductor of the University choir. She graduated at 19 and intended to enroll in graduate studies but the sudden death of her father caused her to return to North Carolina, where she took a job teaching music and English in Farmville.

Flack moved back to Washington, taught private piano lessons and performed at the Tivoli Club and then Mr. Henry’s a Capitol Hill night club where she built her repertoire and honed her performance skills. At a benefit concert for the Inner City Ghetto Children’s Library Fund in 1968, Flack performed before an audience that included pianist Les McCann. McCann recommended her to Atlantic Records, who signed her, and Joel Dorn produced her first album, First Take, which was completed in ten hours.

Her recording of the Ewan MacColl ballad, “First Time Ever I Saw Your Face” was featured in the Clint Eastwood movie, Play Misty For Me in 1972, which led to that recording being a number one pop single for six weeks in 1972 and the Grammy winner of “Record of the Year” for that year. This single was followed by “Where Is The Love,” a duet with Donny Hathaway, that was a top five pop single, and then “Killing Me Softly With His Song,” which was number one on the pop chart for five weeks in 1973 and won the Grammy for “Record of the Year,” making Flack the only artist to win back to back Grammys for “Record of the Year.”

Flack followed with other hits, including “Feel Like Makin’ Love” in 1974 and released duets with Donny Hathaway and Peabo Bryson. She has toured internationally, including a concert in South Africa that was attended by Nelson Mandela, and continued to release critically acclaimed albums. In 1981 she composed and produced the soundtrack for Bustin’ Loose and in 1983 recorded music for Sudden Impact, a Dirty Harry film. In 1999 Flack was honored with a star on the Hollywood Walk of Fame. She has been involved in educational programs for disadvantaged youth.

The Closer I Get To You