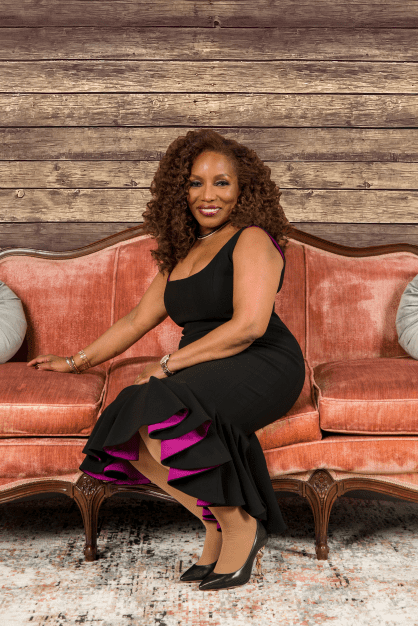 Stephanie Mills hails from Brooklyn, New York;  Mills’ has called Charlotte, the Queen City, her home for more than 30 years. Mills has distinguished herself as an award winning actress, singer, Broadway star and performer. Stephanie grew up singing in her home church, with her vocal abilities became evident by the age of nine.

Young Stephanie won the amateur night at the acclaimed Apollo Theatre for six consecutive weeks and then went on to do her first Broadway musical, Maggie Flynn, with Shirley Jones and Jack Cassidy. Stephanie then made appearances on classical children’s television shows such as Captain Kangaroo and The Electric Company, with Morgan Freeman and Rita Moreno.

Mills signed with Paramount Records in 1973 and released her first single, “I knew it was love.” Later recording two albums for Motown. Stephanie’s critically acclaimed appearance in the seven-time Tony Award-winning Broadway musical The Wiz assured her of her consistent and loyalty. Other theatre credits include Ragtime, Children of Eden, Purlie, Funny Girl (actors Fund concert), and many others.

Mills’ signature classic, “Home,” became a number one R&B song and a signature tune for years; later used for the movie adaptation of The Wiz, covered by Diana Ross.

Mills one her first Grammy in 1981, for Best Female R&B Vocal performance for her single, “Never Knew Love Like This Before”.

Stephanie climbed the charts with the major hits: “Sweet Sensation”, “Two Hearts” (a duet with Teddy Pendergrass), “Keep Away Girl”, and “How Come U Don’t Call Me Anymore?”. She scored three best selling albums in a row with Whatcha Gonna Do With My Lovin, Sweet Sensation, and Stephanie in a span of just two years.

In 2015, 40 years after her initial Broadway appearance, she developed a new generation of followers with her highly anticipated return to The Wiz franchise as Aunt Em in the NBC-TV’s highly-rated all-star production of The Wiz Live.

Mills has recently launched her new 501(c)3 non-profit 444love foundation which  embraces and focuses on individuals with Down Syndrome by helping to provide tools and activities so they can exceed expectations and reach their ever evolving potential. As a mother of a child who was born with Down Syndrome, this foundation is very near and dear to her heart.

Stephanie Mills continues to do what she loves, which is travel around the country on tour and performing live in front of sold out audiences spreading love and empowering people to be their best.