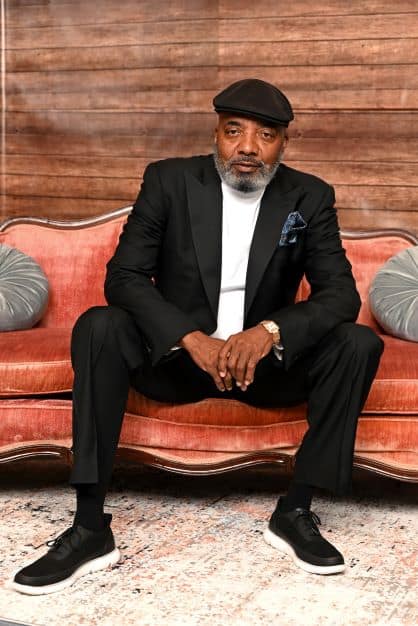 Michael T Mauldin is a superstar businessman in the music business and his journey through entertainment has successfully capsulized specific areas.

His deep roots in music all got started during the late 1960s and early 1970s. While he was still in high school, he performed as a singer and drummer in several different bands composed of childhood friends.  After High School, Mauldin attended DeVry Institute of Technology in Atlanta, Georgia becoming a father at the age of 19. Moving back to North Carolina, it wasn’t long before Mauldin knew that his rewards of life awaited him and with his young family in tow, he set his path back for Atlanta, where his journey within the business of music set its course.

In 1976, the funk band, Brick needed to haul their equipment to a gig outside of Atlanta. Michael stepped in to help and got them to their gig which led to him becoming Brick’s roadie stage manager and ultimately production manager.

That was his initial step into the concert touring business and led to him working with popular R&B and Funk acts including the likes of; Cameo, Bar Kays, LTD and others. Later, he headed a successful tour production and management business, MTM Roadworks (Making Tours Move) with acts and clients including; The S.O.S. Band, Cameo, Sister Sledge, The Reddings, Taurus Productions, Earth, Wind & Fire, Liza Minelli, Anita Baker, Luther Vandross, and more.

During this same window of time, 1984-1986, Michael was production coordinator/manager of the Original New York City Fresh Festival where his son, Jermaine Dupri was the opening act. The Festival featured rap pioneers Whodini, Kurtis Blow, Run DMC and the Fat Boys. Recognizing that his son had mesmerizing talent Mauldin’s artist management business went into full throttle and the rest is history.

While representing his Son, Mauldin started building industry relationships, which eventually got a record deal for Jermaine to produce the young dynamic Duo; Kris Kross.  As Jump went to number 1 on radio & Billboard charts, impacting the music business all across the world, so did the fame of Jermaine Dupri and the reputation of Michael Mauldin.  It didn’t hurt that during that same time Mauldin also managed and directed the careers of Arrested Development, the first hip hop artist to ever win a Grammy for New Artist of the Year (1993).

Mauldin is the former President of Columbia Records Black Music Division and former Senior Vice President of Sony Music Group (1995 -1998).  He discovered and directed the early careers of Destiny’s Child and Alicia Keys; credited for adding the name Child to Destiny and Keys to Alicia. In his role at Columbia/Sony, Michael was instrumental in his own son, mega-producer and artist Jermaine Dupri having his first label deal which changed So So Def Productions to So So Def Recordings. In addition he signed and oversaw multi-platinum releases from artists including: Alicia Keys, Maxwell, Kenny Lattimore, the Fugees, Lauryn Hill, Wyclef Jean, Nas, the Men in Black soundtrack, Hardball, and the Love Jones soundtrack. As Senior VP of Sony Music Group he worked with new music from artists like Nancy Wilson, John Cougar Melencamp, the Dixie Chicks and more.

In 1999, Mauldin left New York and returned to Atlanta to work with Jermaine to continue the powerful impact and legacy of So So Def Recordings (Jermaine’s label); where he served as Chief Operating Officer. During this time he also relaunched  the Artistic Control Group, an Atlanta based entertainment firm (created before the Columbia days) that included the Mauldin Brand Agency. Through Ground Control and Air Control Music, Mauldin Brand also focused on his music publishing, along with concert tours and live event productions.

For the history books; over time Mauldin has been credited for helping to develop and executively produced projects by Xscape, Jagged Edge, Da Brat, Kenny Lattimore, Chante Moore, Bow Wow, Anthony Hamilton; 12 Soulful Nights of Christmas, The SoSo Def Bass All Stars and the soundtrack to Like Mike and more.

In September 2012 Mauldin was honored by ASCAP recognizing the music legend in the establishment, design and consistent development of the “Urban Lifestyle.” Although the majority of his success has been in entertainment, Mauldin was honored for his $3 Billion influence felt across many industries.

Mauldin is the CEO of Mauldin Brand Inc., managing director for Ville Entertainment as well as Black American Records.  He is also owner of Air Control Music Publishing and has previously worked with NASCAR to help develop & brand their outreach towards the youth and urban marketplace.

On the Philanthropic non-profit side, Mauldin currently serves as the Chairman & Co-Founder of the Black American Music Association; a (501C6) music industry trade organization and he is Co-Founder of the Black Music Entertainment Walk of Fame. The Black Music and Entertainment Walk of Fame is the first of its kind, honoring some of the most influential artists and entertainers of the last 100 years. Artists that have lifted the culture and been recognized globally, for their impact on Black American Music history.  With both a national and international appeal; on June 17th, 2021 the BMEWOF was unveiled and is now being permanently installed in the sidewalks of Martin Luther King, Jr. Drive in historic downtown Atlanta, next door to Mercedes Benz Stadium.

Not only is Mauldin a Superstar in the business of music but is a living legend in life & culture.