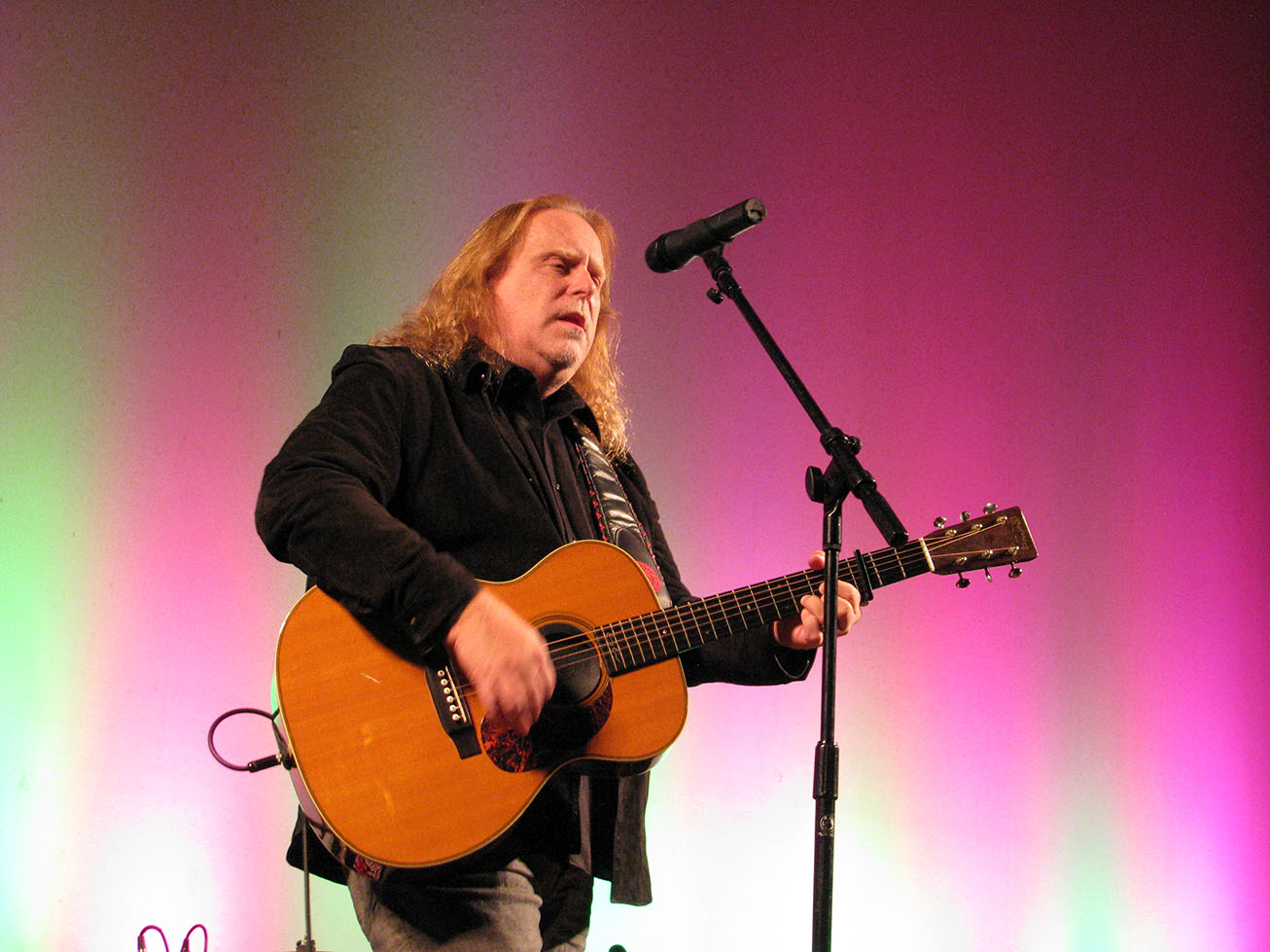 Warren Haynes was born in Asheville, NC on April 6, 1960. He was a longtime member of The Allman Brothers Band and founding member of the jam band Gov’t Mule. The blues and rock guitarist is a vocalist and songwriter who co-wrote the song “Two of a Kind, Working on a Full House” which was a hit for Garth Brooks.

Haynes grew up in Asheville with his two brothers and began playing guitar when he was twelve. Haynes has called himself a “Gibson man,” playing a 1958 Les Paul Reissue electric, the same guitar that Duane Allman played. The Gibson Guitar Company honored Haynes with production of a limited edition “Warren Hanes signature Les Paul” built to Haynes specifications and modeled after his ’58 Les Paul Gibson.

As a guitarist, Warren Haynes was first influenced by Eric Clapton during his time with Cream, Jimi Hendrix and Johnny Winter. An avid fan of guitarists, Haynes delved into the recordings of B.B. King, Freddie King, Albert King, Howlin’ Wolf, Muddy Waters and Elmore James, incorporating their styles into his.

Haynes joined the band of David Allen Coe when he was 20; during his four years with that band he often performed Jimmy Reed and Lightnin’ Hopkins songs alone with Coe to open shows. After Coe, Haynes joined The Nighthawks and did session work. A song he co-wrote with Dennis Robbins and Bobby Boyd, “Two of a Kind, Workin’ on a Full house” was recorded by Garth Brooks and was number one on Billboard’s Hot Country Singles” chart for twenty consecutive weeks.

After the Allman Brothers disbanded, their guitarist, Dickey Betts formed a band which included Haynes after he had worked with Betts on his album, Pattern Disruptive, which was released in 1988. That same year he co-wrote “Just Before the Bullets Fly,” the title track of a solo album by former Allman Brother Gregg Allman.

During his time with Gov’t Mule, which included drummer Matt Abts (who also played with The Allmans) and bassist Allen Woody, the group released three albums. After Woody’s death, Gov’t Mule continued and released a number of albums, both live and in the studio recordings.

Warren Haynes toured with surviving members of the Grateful Dead after the death of Jerry Garcia and a performance with former Dead members Bob Weir and Rob Wasserman is featured on Hellhound On My Trail, a film about Robert Johnson. In 2008 he performed with former Grateful Dead members for a benefit for presidential candidate Barack Obama.

In addition to his work as electric guitarist for groups, Warren Haynes has released solo acoustic albums and often opened shows by the Allman Brothers Band and the Grateful Dead survivors by performing a solo set.

Haynes performs an annual charity benefit show in Asheville during Christmas, known as the Christmas Jam. The first show was held in 1988. The proceeds benefit Habitat for Humanity. Haynes invites his musician friends to join him on The Christmas Jam and Asheville has responded by naming a street after Haynes and saluted the musician with “Warren Haynes Day” in Ashville in 2003.