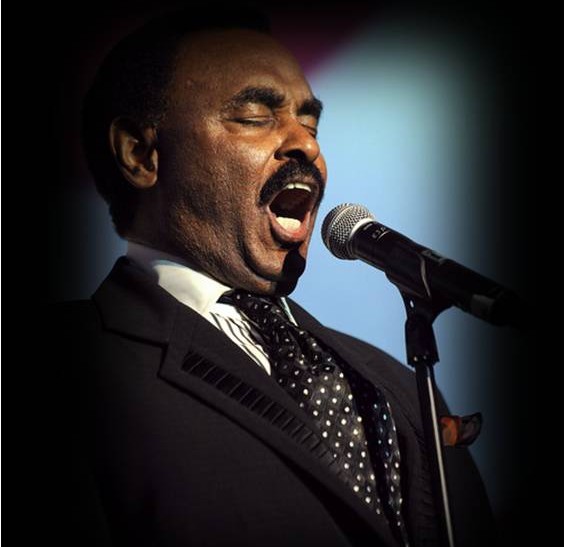 Chuck Jackson was born in Winston Salem, NC on July 22, 1937. During his recording career, he had 22 songs on the Billboard R&B singles charts and 18 crossed over to the Hot 100 chart. He released 24 albums during his career, including duet albums with Maxine Brown, Tammi Terrell and Cissy Houston. The popular rhythm and blues singer had a string of hits, including “Any Day Now,” “Tell Him I’m Not Home,” “Beg Me” and “Something You Got.”

Chuck Jackson grew up in Pittsburgh, Pennsylvania and was a member of The Del-Vikings in the late 1950s before he left the group for a solo career.

When Jackson opened for Jackie Wilson at the Apollo Theater, he came to the attention of Luther Dixon, who signed him to Wand Records, a subsidiary of Scepter Records. His first single was “I Don’t Want to Cry,” which reached Billboard’s R&B chart in 1961 and was a top five hit; it also reached the top 40 on the Hot 100 Chart.

Chuck Jackson was among the first artists to record songs written by Burt Bacharach and his single, “Any Day Now,” written by Bacharach with Bob Hilliard, reached number two on the R&B chart in 1962 and was a top 25 hit on the Hot 100 chart. Later, it was covered by country singer Ronnie Milsap. Jackson also had a top ten R&B hit with “I Don’t Want to Cry,” which he co-wrote.

In 1967 Jackson moved to Motown where he had several chart records, including “Honey Come Back,” which became a pop hit for Glen Campbell a year later.

During the Third Annual Beach Music Awards, Jackson met producer/songwriter Charles Wallert and they collaborated on a single, “How Long Have You Been Loving Me” for Carolina Records.

Jackson and Dionne Warwick recorded a duet, “If I Let Myself Go” in 1998.

Songs originally recorded by Jackson became major hits for other artists; in addition to Ronnie Milsap and Glen Campbell, “I Keep Forgettin’” was recorded by Michael McDonald and David Bowie and “I Can’t Break Away,” which was a chart single for Jackson in 1974, was recorded by the Australian rock band Big Pig and was featured as the opening theme for the film Bill & Ted’s Excellent Adventure in 1989.