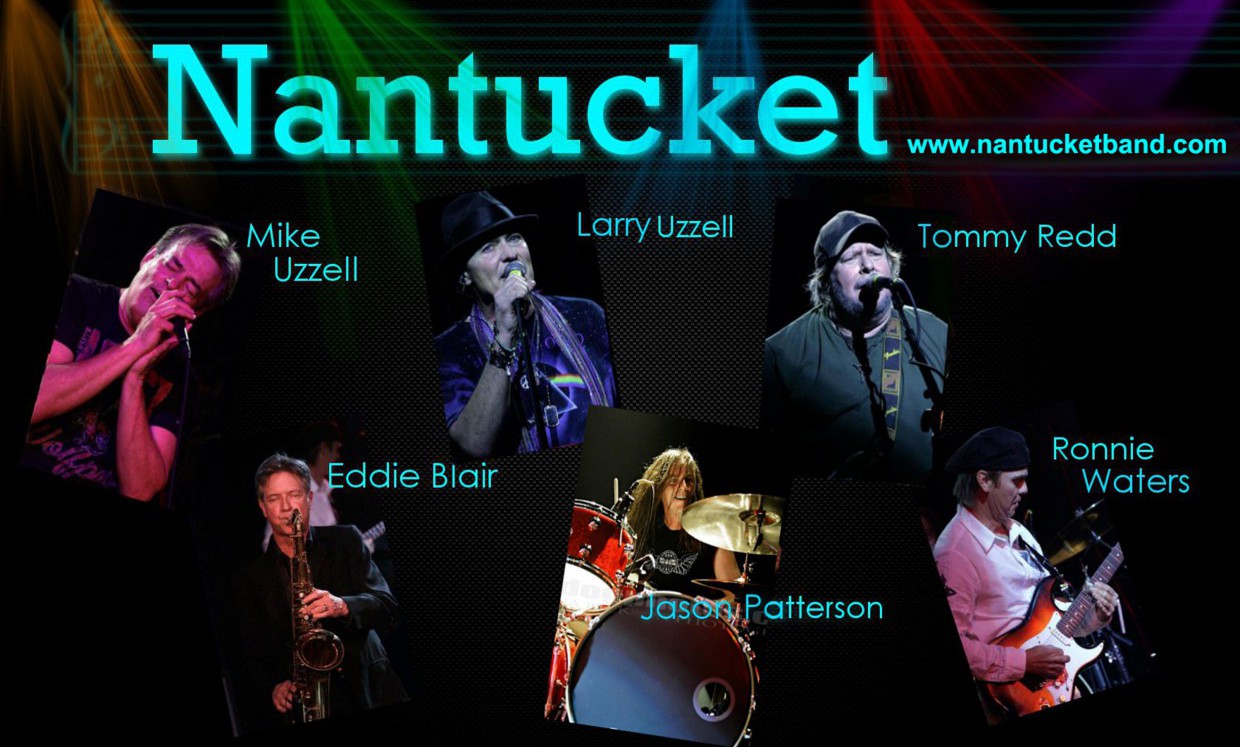 The band Nantucket was formed in Jacksonville in 1969. The legendary beach music band, known originally as “Stax of Gold” and then as “Nantucket Sleigh ride,” was comprised of Tommy Redd, Larry Uzzell, Mike Uzzell, Eddie Blair, Kenny Soule and Mark Downing. They became a well-known and in demand cover band in North Carolina before they signed with Epic Records in 1977. Their debut album contained the hit single, “Heartbreaker.”

Nantucket toured as an opening act for KISS, Styx, Boston, Mother’s Finest, Journey and The Doobie Brothers. In 1979 they released their album Your Face or Mine? There was a change in band membership with Pee Wee Watson replacing Mike Uzzell, who became the
band’s full time manager.

Nantucket disbanded in 1990 but reunited the following year and released a live album, Still Live After All These Years in 1995. The group continues to perform in the Carolinas and has seen their earlier albums re-released.

You Need A Ride To Raleigh

Born in a Honky Tonk