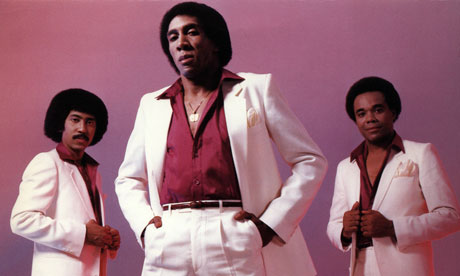 The Chairmen of The Board was formed in Detroit, Michigan in 1969. One year later, Holland, Dozier, Holland’s Invictus Records released The Chairman’s first recording, the million seller’s classic “Give Me Just A Little More Time” which catapulted the group into international stardom. In a three year span four more successful charted releases solidified the group’s rapid success, “Dangling on a String”, “Everything Is Tuesday”, “Pay to the Piper”, and “Chairmen of The Board”. During this period, General Johnson, the lead vocalist of “Give Me Just A Little More Time”, enjoyed extraordinary success as a songwriter. Johnson wrote the Grammy winning Rhythm and Blues classic “Patches”, recorded by Clarence Carter.

He also penned the million sellers “Want Ads”, “Stick Up”, and “One Monkey Don’t Stop No Show” for the Honeycones. For One Hundred Proof Aged in Soul Johnson wrote the Grammy nominated “Somebody’s Been Sleepin’ (In My Bed). He also wrote “Pay to the Piper” for The Chairmen of The Board and the controversial “Bring the Boys Home” for Freda Payne.

In 1979 General Johnson formed SurfSide Records in Charlotte, NC. Over the years, musical trends have constantly changed, but because of the Beach Music phenomenon The Chairmen of The Board have been able to thrive successfully recording and performing Rhythm and Blues music, the most heartfelt and soulful music of our time.

Give Me Just A Little More Time

You got me Dangling on a String

Pay To The Piper