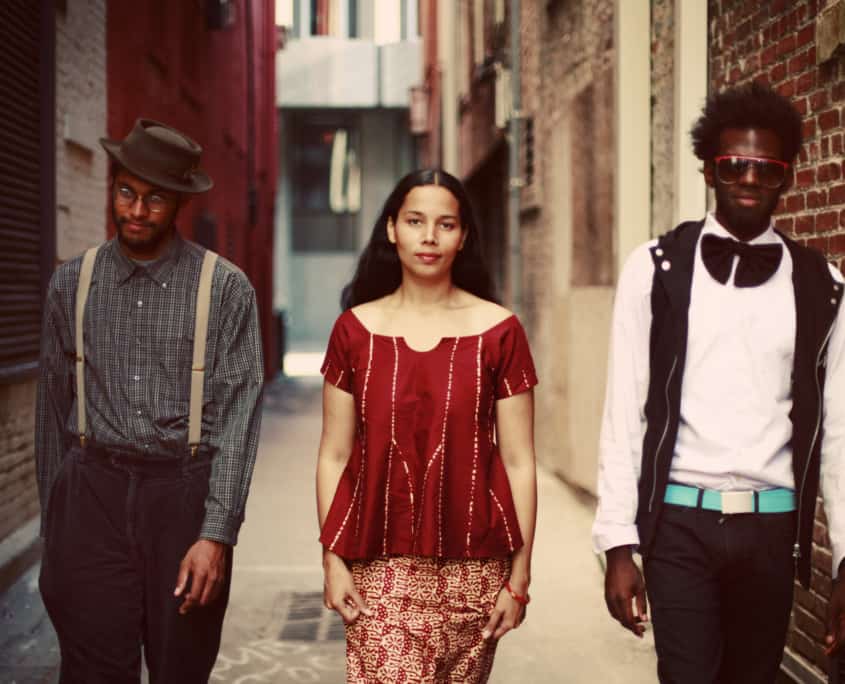 The Carolina Chocolate Drops were formed in November, 2005, when members Rhiannon Diddens, Dom Flemons and Justin Robinson attended the Banjo Gathering in Boone, North Carolina. The group was formerly known as Sankofa Strings.

During 2012 the group was nominated for awards by the Chicago Black Theater Alliance for “Keep a Song in Your Soul: The Roots of Black Vaudeville”, written by Giddens’ sister, Lalenja Harrington. and Sule Greg Wilson, and staged by the Old Town School of Folk Music in Chicago. The show told the story of the Great Migration through music and dance. That same year, a Carolina Chocolate Drops song, “Daughter’s Lament,” was featured on the soundtrack to The Hunger Games. The following year the Carolina Chocolate Drops contributed a song, “Day of Liberty,” on the double CD album Divided & United.

During their career the Carolina Chocolate Drops have opened for musicians such as Taj Mahal and Bob Dylan, performed on Mountain Stage, MerleFest, A Prairie Home Companion, FreshAir, BBC Radio, Bonnaroo Music Festival and made several appearance at the Grand Ole Opry.

The Carolina Chocolate Drops won a Grammy Award for Best Traditional Folk Album titled Genuine Negro Jig in 2012. They were nominated for the Duo/Group of the Year award from the American Music Association in 2010 and 2012 and a Grammy for Best Folk Album for Leaving Eden in 2013.

The following year, the group stopped preforming regularly together and decided to pursue solo careers, and other projects.

Trouble In Your Mind