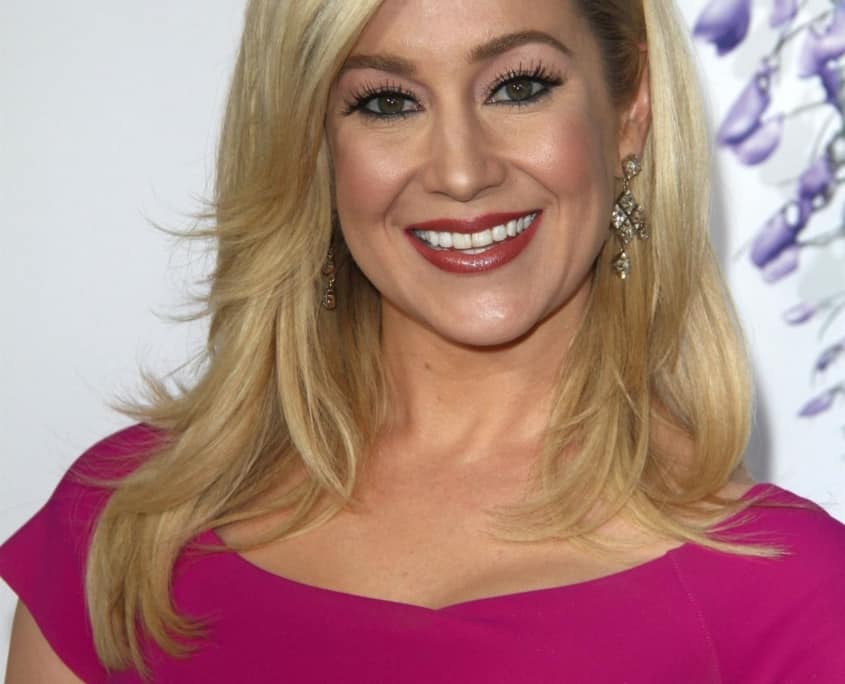 Kellie Pickler was born in Albemarle, North Carolina on June 28, 1986. She was surrounded by the sounds of Tammy Wynette, Patsy Cline, Loretta Lynn, and Dolly Parton while growing up.

Kellie returned to the NC Music Hall of Fame in 2019 as a highlight inductee at the 2019 Induction Ceremony. Kellie missed her originally induction in 2016.

Pickler was a cheerleader and won the title “Miss Stanly County” while at North Stanly High School. Following graduation from high school, she worked as a waitress at the local Sonic drive-in. During this time, she placed second in WSOC-TV’s Gimme the Mic contest in Charlotte. In 2005, she got her break when she auditioned for the 5th season of American Idol in Greensboro, North Carolina. She advanced through the semi-final rounds of the show, winning the hearts of country fans around the world.

In 2006, she signed with 19 Recordings/BNA Records and released her debut album, Small Town Girl, Which sold more than 900,000 copies worldwide and produced three hit singles, “Red High Heels,” “I Wonder,” and “Things That Never Cross a Man’s Mind.”  She followed that in 2008 with her self-titled sophomore album, featuring country radio hits “Don’t You Know You’re Beautiful” and “Didn’t You Know How Much I Loved You,” along with her first Top 10 hit “Best Days of Your Life,” co-written with Taylor Swift.

Having established herself as a powerhouse vocalist and songwriter, Pickler released her third studio album, 100 Proof, in 2011. The album was named the No. 1 country album of the year by Rolling Stone.

In 2013, Pickler returned to television, but this time with her dancing shoes. She partnered with dance coach Derek Hough and won the mirror ball trophy on Dancing With the Stars. The same year, she released her fourth album, The Woman I Am, which featured three songs co-written by Pickler.

The following year, she voiced the lead character Mirabelle in the Veggie Tales animated movie Beauty and the Beet. In 2015, she launched her Home Goods line, “Selma Drye by Kellie Pickler,” in cooperation with the Opry stores.

Her CMT series I Love Kellie Pickler — which co-stars her husband, songwriter and producer Kyle Jacobs — debuted in 2015. She has made appearances on shows like Celebrity Family Feud, Ellen, Good Morning America, Rachel Ray, The Real, Today, and many more. The daytime talk show, Pickler and Ben, co-hosted with Ben Aaron, premiered in 2017, and received several daytime Emmy nominations.

Kellie Pickler has been nominated for a number of major awards, including Top New Female Vocalist by the Academy of Country Music, Breakthrough Video for “Red High Heels” by the CMT Music Awards, the Horizon Award from the Country Music Association, Female Video by the CMT Music Awards for “Don’t You Know You’re Beautiful,” Female Video for “Someone Somewhere Tonight” by the American Country Awards, and Female Country Artist by the Teen Choice Awards.

Pickler is an avid supporter of the U.S. military, having completed 11 USO tours thus far. She actively supports St. Jude Children’s Research Hospital and helps raise funds for other charities such as Kids for a Cause Foundation Celebrity Auction and the American Red Cross.

Kellie Pickler continues to be a multi-media force in the entertainment industry with her talent and infectious Carolina girl personality.

If It Wasn’t For A Women

Best Days Of Your Life

Didn’t You Know How Much I Love You