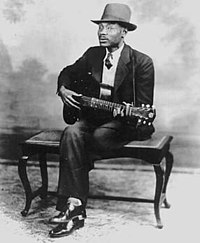 Legendary blues artist Blind Boy Fuller was born Fulton Allen in Wadesboro, North Carolina in the early 1900s. He was one of ten children and after the death of his mother, he moved to Rockingham, North Carolina with his father where his musical journey began with the guitar. He learned old field hollar songs, country rags, and traditional blues songs. In his mid-teens he began losing his eyesight and by 1928 he became completely blind.

Having to quit his job as a laborer due to his lost sight, he began playing on street corners. Influenced by the records of Blind Blake and Gary Davis, Fuller became a blues guitarist creating his signature finger picking style. He performed in Winston-Salem, Durham, and in southern Virginia. In 1935, James Baxter Long, a record store manager and talent scout from Burlington, North Carolina, helped Fuller get signed to the American Record Corporation and gave him the name Blind Boy Fuller.

Fuller recorded over 120 sides released on multiple labels. His lyrics drew on aspects of his personal life including being a blind black man making his way on the streets. He had hits such as “I Want Some of Your Pie,” “Truckin My Blues Away,” “Get Your Yas Yas Out,” which was adapted as “Get Your Ya-Ya’s Out” for the title of the Rolling Stones album and the autobiographical, “Big House Bound.” He is most remembered for his song “Step Up and Go,” and his last recording session was in June 1940 in New York.

Blind Boy Fuller passed at his home in Durham on February 13, 1941, buried in the Grove Hill cemetery in Durham.

Walking My Troubles Away

Truckin My Blues Away 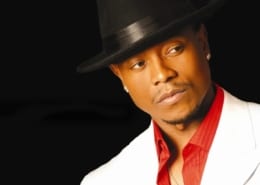