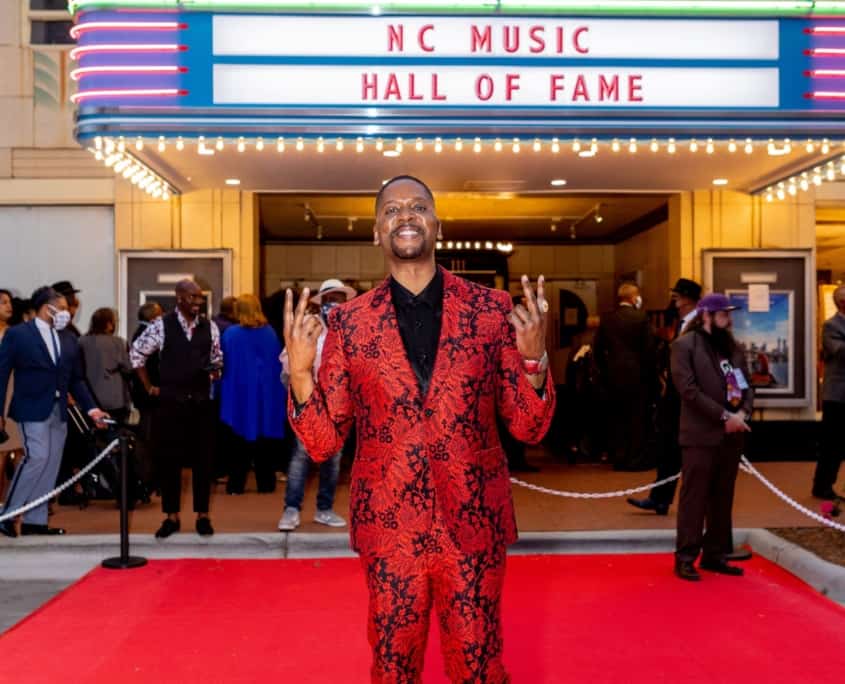 “The man who wears many musical colors,” those seven words capture the multifaceted essence of Donald Lawrence; the world of gospel music, singer, songwriter, record producer, composer, choir director and recording artist. The guiding force behind such number one hits as “Encourage Yourself,” “Back II Eden” and “The Blessing of Abraham.”

Lawrence is a native of  Gastonia, North Carolina born May 4, 1961. Winning over 30 Stellar Awards, 4 Dove Awards, a Grammy win in 2008 and been nominated for 18 Grammy Awards over the course of his career.

When a friend left as musical director of The Tri-City Singers, named after the Tri-City area of Spartanburg, Gastonia and Charlotte, Donald stepped in. The group debuted as recording artists in 1993 with their album, A Songwriter’s Point of View on the newly formed label, GospoCentric Records. That album was a success and reached Billboard’s Top Gospel Charts.

Their follow-up, billed as Donald Lawrence & The Tri-City Singers, was Bible Stories in 1995 that topped those same charts.

In the late summer of 2000, the album Tri-city4.com was released and charted number 2 on Billboard’s Top Gospel Charts.

In early 2002, the album Go Get Your Life Back was released with the single, “The Best is Yet to Come.” That album featured guest appearances by Ann Nesby, formerly with Sounds of Blackness, and gospel pioneer Bishop Walter Hawkins.

A year later, in 2003 released The Best of Donald Lawrence & the Tri-City Singers: Restoring the Years, a greatest hits album.

The Tri-City Singers announced their retirement in 2006 with a concert and two albums: Finale: Act One and Finale: Act Two, each was released on CD and DVD. The concert featured performances by Bishop Walter Hawkins, Karen Clark Sheard, Vanessa Bell Armstrong, Daryl Coley, LaShun Pace, Darwin Hobbs and others. The lead single, “The Blessing of Abraham,” was nominated for a Grammy.

Donald Lawrence’s second solo album, The Law of Confession: Part I, was released in February of 2009.

In 2019, Donald and The Tri-City Singers released their 25 year anniversary project titled, Goshen. The highly anticipated album was met with much praise and acclaim. It earned a Grammy nomination for “Best Gospel Album,” and the album’s hit single, “Deliver Me. This Is My Exodus,” which went to number one on the Billboard charts, was also named Billboard’s most played Gospel song of 2019. Furthermore, Goshen won 5 Stellar Awards, including the Song Of The Year award for “Deliver Me. This Is My Exodus.”

Lawrence continues to produce original, unique music and creative content for the future.