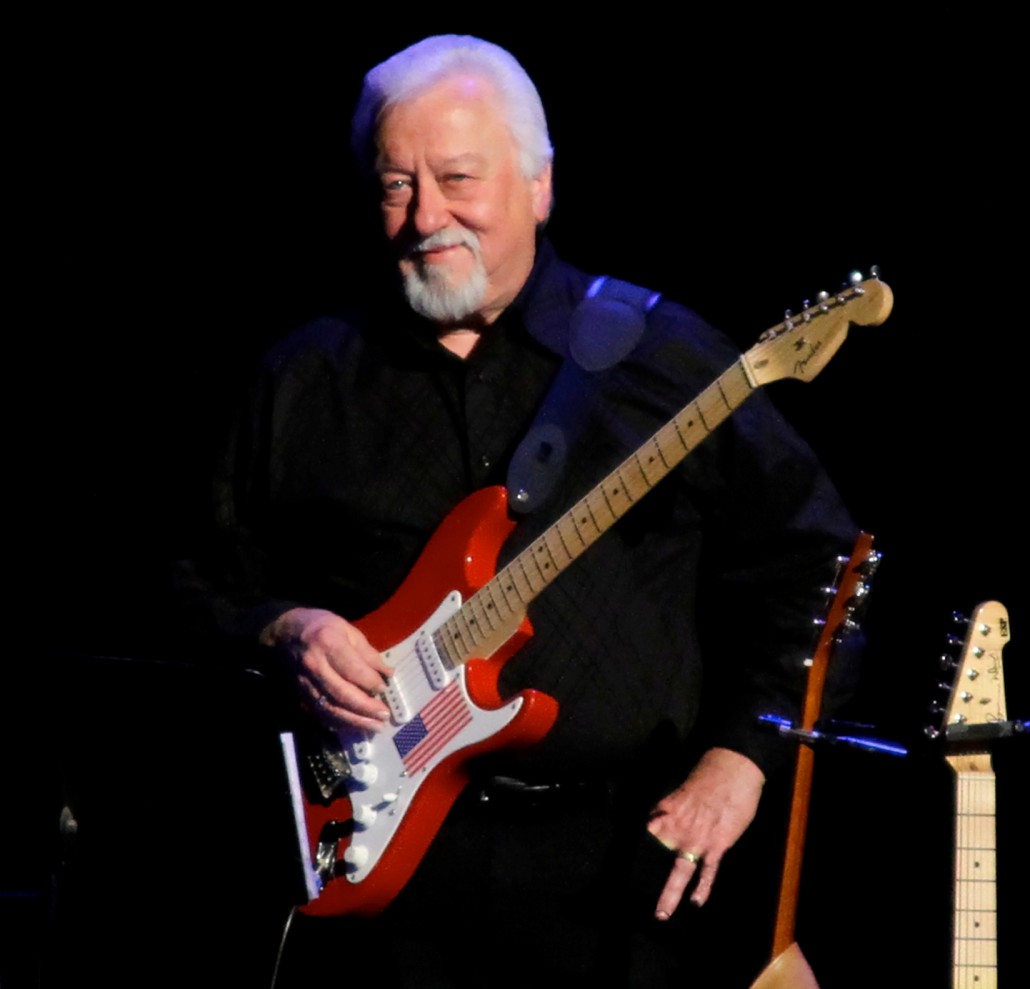 Jimmy Capps is a studio guitarist who has played on thousands of recordings as well as in the Staff Band at the Grand Ole Opry. Hit recordings that Capps as played on include “Stand By Your Man” by Tammy Wynette, “He Stopped Loving Her Today” by George Jones,” “The Gambler” by Kenny Rogers, “The Rose” by Conway Twitty and “The Lighthouse” by the Hinsons.

Jimmy Capps was born in Fayettville, North Carolina on May 25, 1939. He was raised in Benson, North Carolina and listened to the Grand Ole Opry since he was eight. Inspired by his uncle Lynn Cook, a champion fiddler, and local guitarist Hayden Ivey, Jimmy started playing the guitar when he was 12, appearing on WCKB in Dunn, North Carolina. He played on television in Florence, South Carolina with Slim Mimms; in Benson, he was in a band, The Tar Heels, that played at local clubs.

In 1958 Jimmy auditioned with the Louvin Brothers and became their regular guitar player, which led to him first performing on the Grand Ole Opry.

Jimmy Capps is known as an outstanding acoustic as well as electric guitarist.  The acoustic guitar openings to “The Gambler” by Kenny Rogers, “How Blue” by Reba McEntire, “Near You” by George Jones and Tammy Wynette, “After All These Years” by Barbara Mandrell, “16th Avenue” by Lacy Dalton and “I Don’t Know a Thng About Love” by Conway Twitty were all played by Jimmy Capps.

The electric guitar openings of “Brown Eyed Handsome Man” by Waylon Jennings, “Somebody’s Knockin’” by Terri Gibbs, “Honky Tonk Blues” by Charlie Pride,” “How’s the World Treating You” and “Second Time Around” by the Louvin Brothers are all played by Jimmy Capps.

Capps has played on an average of 520 recording sessions a year. Recordings he has played on include “Amarillo By Morning” and “Unwound” by George Strait, “Here In the Real World” by Alan Jackson, “Lost In the Feeling,” “Red Neckin’ Love Makin’ Night” and “Don’t Call Him a Cowboy” by Conway Twitty, “Elvira” and “Sail Away” by the Oak Ridge Boys, “Sleeping Single in a Double Bed” and “I Was Country When Country Wasn’t Cool” by Barbara Mandrell, “Some Days Are Diamonds” by John Denver and “Smokey Mountain Rain” and “Legend in My Time” by Ronnie Milsap.

Jimmy Capps has now been a member of the Grand Ole Opry Staff Band since 1967; in 1982 this band was nominated for the Country Music Association’s “Instrumental Group of the Year.”  He has produced recordings for The Wilburn Brothers, Jan Howard, Jim & Jesse, Roy Drusky, David Houston, Stu Phillips and others.

He has received numerous awards, including those from the National Academy of Recording Arts and Sciences (NARAS) for playing on “Most #1 Recordings,” which made him a member of the “NARAS Superpickers Band” in 1978 and 1979. Capps was voted “Most Valueable Acoustic Player” in 1979.

Among the honors that Jimmy Capps has received was the proclamation of “Jimmy Capps Appreciation Day” in Benson twice—in 1998 and again in 2009. He also received North Carolina’s prestigious “Long Leaf Pine Award” from the Governor for his achievements and contributions to the music industry. And, was inducted into the Musicians Hall of Fame January 2014.

Our Best To You

Jimmy Capps in the Studio