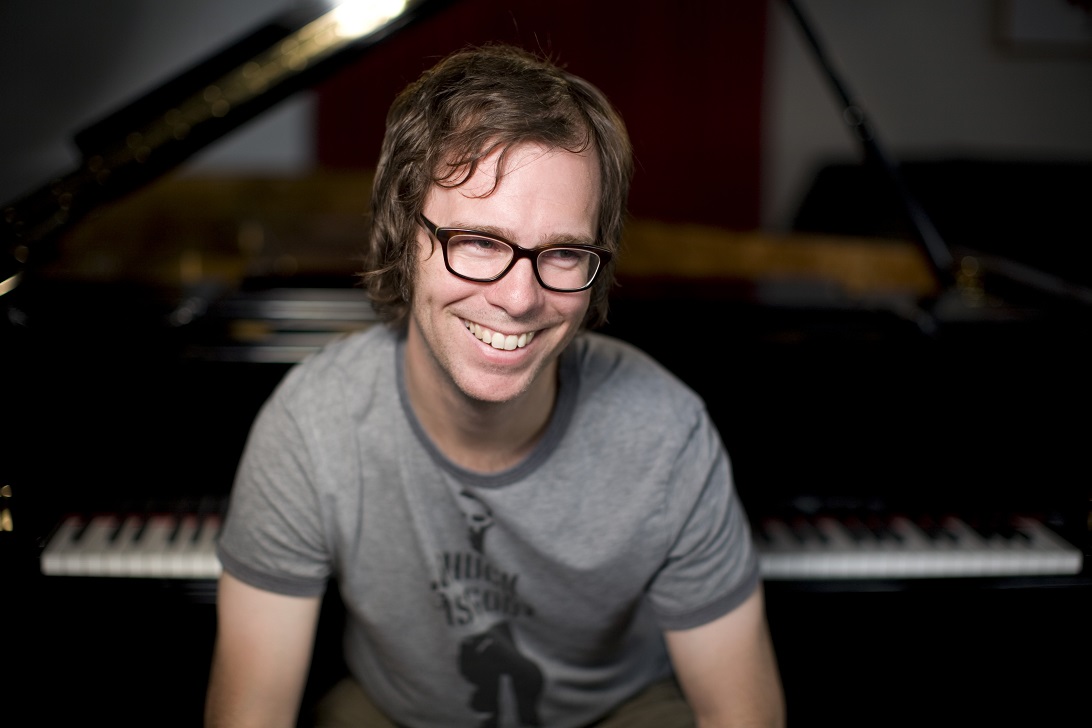 Ben Folds is a multi-talented singer, songwriter and instrumentalist who is a leading figure in alternative rock. Born September 12, 1966 in Winston-Salem, North Carolina, Folds was influenced by Elton John and Billy Joel during his early years.

In 1990, Folds signed a songwriting deal with Scott Simon, manager of Tim McGraw and Folds moved to Nashville.

Folds attended the University of Miami’s Frost School of Music on a percussion scholarship but dropped out one credit short of graduation. He moved to Montclair, New Jersey and acted in theater group in New York City, then moved back to North Carolina where he formed the Ben Folds Five, consisting of Robert Sledge on bass and Darren Jessee on drums; Folds played piano.

Their self-titled debut album was released in 1995. Their 1997 release, Then Whatever and Ever Amen featured the singles “Brick,” “Song for the Dumped” and “Battle of Who Could Care Less.”

In 1998 they released the album Naked Baby Photos and in 1999 the final Ben Folds Five album, The Unauthorized Biography of Reinhold Messner had the hit “Army,” which did well on Adult Contemporary and Modern Rock charts.

Folds has always pushed the envelope with his lyrics while musically offering an alt rock sensibility in his songs. He developed a following in Australia and the U.K. and his songs “Underground,” “Battle of Who Could Care Less,” “Kate,” “Brick” and “Army” did well in the United Kingdom. By 2008 Ben Folds had released six solo albums.

In the summer of 2007 Folds was the opening act for John Mayer.

Folds played piano with Weird Al Yankovich on his song, “Why Does This Always Happen to Me” and worked with William Shatner on his Has Been album; Folds served as producer, arranger, musician and backup vocalist on that album. Shatner, in turn, contributed backing vocals on Folds Fear of Pop project.

In 2008 Folds produced Amanda Palmer’s, first album, Who Killed Amanda Palmer. (Palmer is a former of The Desden Dolls.) Folds song, “Red Is Blue” is in the animated film Hoodwinked and his songs “Heist,” “Family of Me” and “Still” are on the soundtrack to Over the Hedge.

Folds has worked with noted English author Nick Hornby on a 2010 album, Lonely Avenue and was a judge on NBC’s a cappella competition “The Sing Off” with Nicole Scherzinger and Shawn Stockman.

Ben Folds is reportedly the first artist to broadcast a live concert over MySpace.

One Angry Dwarf and 200 Solemn Faces