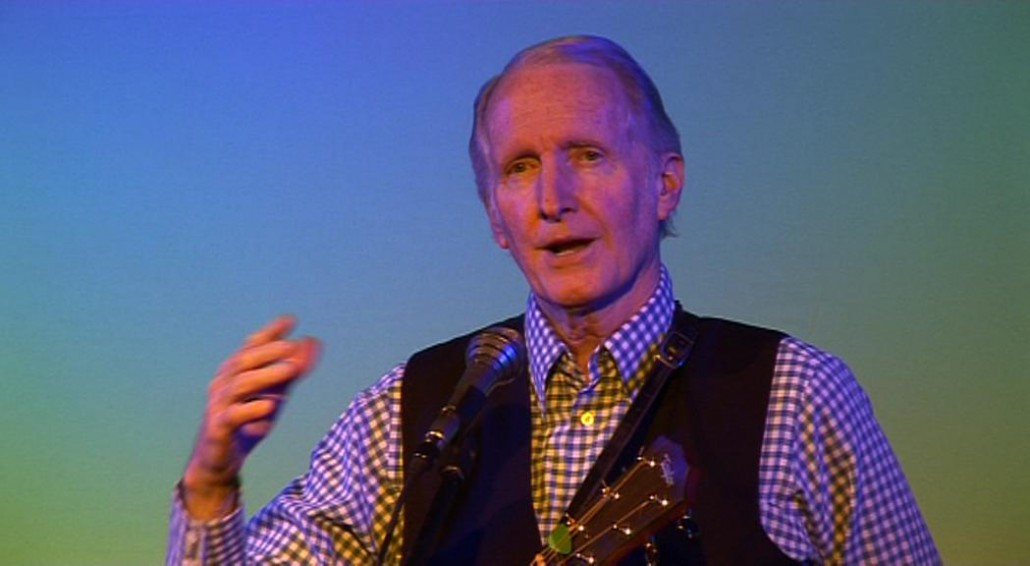 George Hamilton IV was born in Winston-Salem July 19, 1937. He began playing guitar at age 12. As a freshman at the University of North Carolina in 1956, George formed a band and a few months later met struggling songwriter John D. Loudermilk. With a contract in hand, George went into the studio and recorded John’s “A Rose & a Baby Ruth.” It was later picked up by ABC Paramount & rose to #6 on the charts.

George left school and went on tour with Buddy Holly and the Everly Brothers. He recorded a couple more songs but they didn’t have the same success.

So, George went back to his roots and started singing country. He joined the Grand Ole Opry in 1959. Nine of his hits made it to the Top Ten, but it wasn’t until 1963 when he made it to the top:

By 1965, George was increasingly inspired by folk music and went on to record more Gordon Lightfoot songs and any other artist. He continued to record for RCA until 1974, but chart success largely eluded him — except for the number-three hit “She’s a Little Bit Country” in 1970.

Undaunted by his lack of domestic success, George Hamilton IV took country music around the world during the ’70s. In 1973, he organized the longest international tour ever performed by a country artist, doing 73 shows in three months. One year later, Hamilton became the first country artist to perform behind the Iron Curtain.

And that’s why George Hamilton IV has been proclaimed the International Ambassador of Country Music.

A Rose and a Baby Ruth

We Will Meet Again