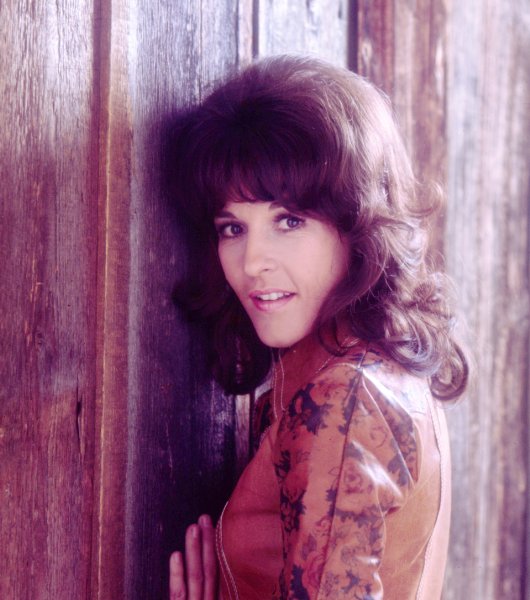 Donna Fargo 1972 was a very good year for Donna Fargo…she had two major crossover hits, “The Happiest Girl in the Whole U.S.A.” and “Funny Face.” Each remained number one on the country chart for three consecutive weeks. She won a Grammy for best “Female Vocal” and the Country Music Association Award for “Single of the Year” for “The Happiest Girl” along with Academy of Country Music awards for “Top Female Vocalist,” “Song of the Year,” “Single of the Year” and “Album Of The Year”.

In 1973, she followed up with two more number one hits, “Superman” and “You Were Always There” and then in 1974 she did it again with the smash hit “You Can’t Be a Beacon (If Your Light Don’t Shine).”

Born Yvonne Vaughan in Mount Airy, North Carolina on November 10, 1945, Donna attended High Point College then graduated from the University of Southern California. After graduation, she taught at Northview High School in Covina, California, where she eventually became head of the English Department. When not teaching, she performed in local clubs and met Stan Silver, who became her manager and, in 1968, her husband.

In 1966, she moved to Phoenix, Arizona where she took the name “Donna Fargo” and began recording.

By 1978 Donna Fargo had her own television variety show, produced by the Osmond Brothers, but that same year she was diagnosed with multiple sclerosis.

Determined to live life to the fullest, and supported by her husband and her faith, Donna Fargo recorded a gospel album for MCA/Songbird in 1980 and established a line of greeting cards, “The Donna Fargo Collection” though the Blue Mountain Arts “Poets and Artist” series.She has also published a number of collections of poetry through Blue Mountain Arts.

Fargo believes that staying involved is the key to maintaining a healthy, happy lifestyle and having a positive effect on the people and circumstances around you. In a recent interview she was quoted as saying “Whatever you have to offer, you have to exercise it and work from a position of the love in your heart,” “Too often people try to change the big world without trying to change their small world first.”

Happiest Girl In The Whole U.S.A.

You Can’t Be A Beacon

You Were Always There