You are here: Home / Events / Chairmen of the Board

Rhythm & Soul is a legacy concert showcasing North Carolina R&B music legends: Chairmen of the Board, The Catalinas, and Clyde McPhatter’s Drifters (featuring Ronn David McPhatter). Enjoy the pastime of these legendary bands in one night – at the Garner Performing Arts Center in Garner, NC.

Chairmen of the Board: Chairmen of the Board was inducted into the NC Music hall of Fame in 1999. They bring us a classic Motown mix of R&B and Carolina beach music. Ken Knox, leader of the group continues the legacy of the band which was founded by General Johnson in 1967. Their classic hits such as “Carolina Girls”, “Give Me Just a Little More Time”, and “Patches” are some of the greatest hits of the 70’s and still have that same groovy care-free sound today. Read more: ChairmenOfTheBoard.com

The Catalinas: The Catalinas were inducted into the NC Music Hall of Fame in 2013. The group still continues today as one of North Carolina’s premier beach music bands. “Summer Time’s Calling Me” is the anthem of the group’s fun-time sound. The beach music sound of the Catalinas still resonates on boardwalks up and down the east coast. Read more: TheCatalinas.net

What can I expect as a VIP ticket holder?

Because Rhythm & Soul concert if a fundraiser for the NCMHOF, which is a 501c(3) nonprofit organization the event has a no refund policy. All proceeds go to the NCMHOF. If for any reason the event is postponed your ticket purchase will be transferred to the new event date. In the case Rhythm & Soul must be cancelled, no refunds will be issued.

The GPAC has an ample amount of free on-site parking for all events. Parking attendants are on duty to help guide guest to the nearest available slot for all shows. Please note the facility does share parking with 45 senior apartments in their facility. Parking in “Resident Only” spaces is discouraged. Overflow parking lots can be located adjacent to the GPAC on Avery St.

Will I need to show my ticket at the door?

Yes. All tickets will be scanned at the door upon entry. You may print your ticket and bring it with you, or you may show your ticket on your phone.

How do drink tickets work?

The Garner Performing Arts Center is housed inside of the former Garner High School. A ramped walkway is available at the main entrance for patrons unable to climb stairs. Access throughout the facility is all on one level with no interior steps. The stage is accessible via a ramp located house right. Patrons with limited mobility may be dropped off at the main entrance. Restrooms and water fountains throughout the facility are wheelchair-accessible.

The GPAC is equipped with six wheelchair accessible seat location ( four spaces along the front row, two spaces along the back row). Each of these six locations also includes adjacent seats with lifting arms for patrons who would like to transfer to a fixed house seat.

Are there hearing devices available?

The GPAC is equipped with Listen! Assistive listening system. Individual receivers with earbuds can be picked-up from any member of the GPAC staff for free.

Service animals are welcome inside the GPAC but must remain on a leash or in a harness at all times. If you intend to bring a service animal to an event, please notify the Box Office at 919-661-4602 or gpacboxoffice@garnernc.gov so that an aisle seat may be reserved for you.

Maps were disabled by the visitor on this site. Click to open the map in a new window. 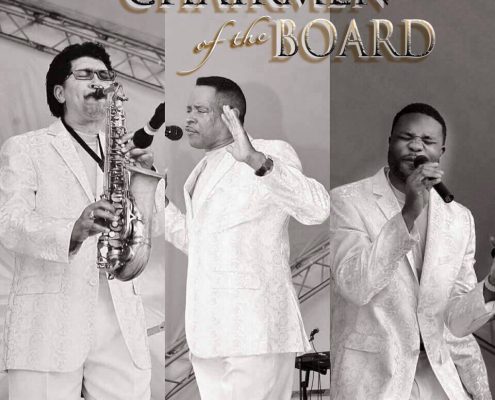 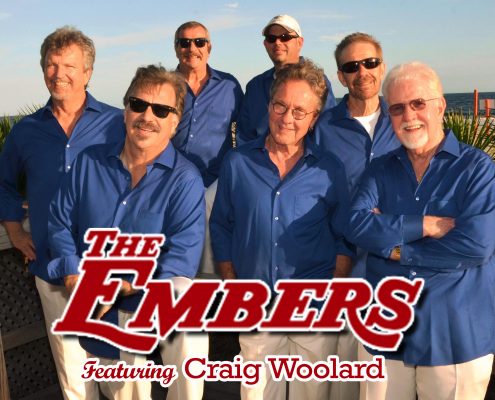 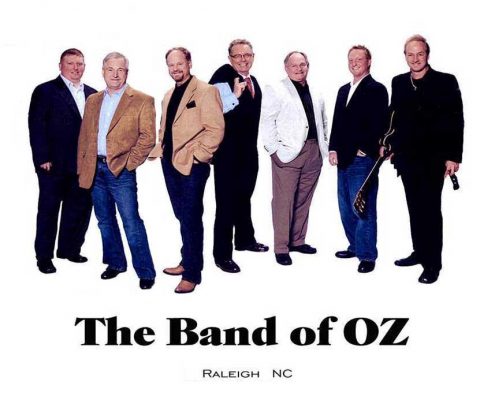 Doors at the Greenfield Lake Amphitheater open at 12 noon with the event starting at 12:30 pm. Tickets are $30. The price will increase on the day of the event at $35.

Tickets may be purchased online at the North Carolina Music Hall of Fame museum. Tickets are also available at both Redix locations in the Wilmington, North Carolina area

The following groups will perform live:

The Embers: 2014 NC Music Hall of Fame Inductees The Embers have solidified their position as music group that have left an impression on beach music lovers for decades. With hits such as “I Love Beach Music” and “Far Away Places”. The Embers have created lasting memories since 1958.

Band Of Oz: 2016 NC Music Hall of Fame Inductees Band of Oz is arguably one of the most successful groups in the East Coast Beach Music scene. With 5 decades of memorable hits such as “Shaggin” and “Shama Lama Ding Dong” which is considered to be the most requested beach songs of all time.

About The North Carolina Music Hall of Fame:

The North Carolina Music Hall of Fame Museum is located at 600 Dale Earnhardt Blvd. Kannapolis, NC 28081. The Hall of Fame exhibits memorabilia from those who have been inducted into its Hall of Fame.

The individuals or bands inducted into the Hall of Fame are from all types of genres and all areas of the professional music industry including singers, songwriters, music producers, musicians and music industry executives who have roots in North Carolina.

Exhibits tell the musical career of each inductee with the display of their wardrobe pieces, signed albums, award albums, accessories, and more. Inductions at the Hall of Fame are held annually with a celebration event to recognize and honor these legends who have created N.C.’s rich musical heritage.