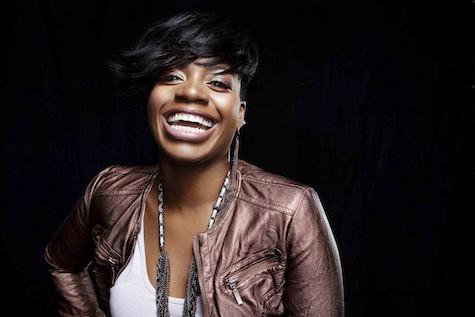 Fantasia was the winner on “American Idol” during its third in 2004. Since that time she has had number one singles, gold and platinum albums and won numerous awards, including a Grammy.

Fantasia Monique Barrino, better known simply as Fantasia, was born in High Point, North Carolina on June 30, 1984. She attended Andrews High school and then moved with her family to Greensboro before she auditioned for “American Idol” in Atlanta.

During that season, her performance of “Summertime” from the musicalPorgy and Bess was named by AOL as one of the “Greatest Television Moments.”

After winning that coveted award, she released her first single, “I Believe,” which debuted at Number One on the Billboard Hot 100 chart and her first album, Free Yourself, sold over a million copies and was certified platinum. This led to her receiving three Grammy nominations. Her follow-up singles on this album were “Truth Is,” “Free Yourself” and the controversial “Baby Mama.”

In 2006 she released her second album, Fantasia, and her single from that album, “When I See You” was top ten on the Hot 100.

Fantasia played the role of Celie in the Broadway musical The Color Purple in 2007. In 2010 her third studio album, Back to Me was released with the hit single, “Bittersweet,” which led to her winning a Grammy for “Best Female R&B Vocal Performance.

In 2013 she returned to “American Idol” and performed “Lose to Win.”

During her career Fantasia has been a guest voice on “The Simpsons,” played the role of Aretha Franklin on the TV series “American Dreams,” appeared as a guest on “The Tonight Show with Jay Leno,” headlined several festivals, including the Saint Lucia Jazz Festival and the Reggae Sumfed in Jamaica. In 2005 at the 36th NAACP Image Awards that honored Senator Barack Obama, she won the award for “Outstanding Female Artist.”

Fantasia’s third album, Back to Me, was released in 2010.

During her career, Fantasia has received numerous nominations and awards, including Billboard Music Awards, NAACP Awards, American Music Awards and The Grammys.

When I See You