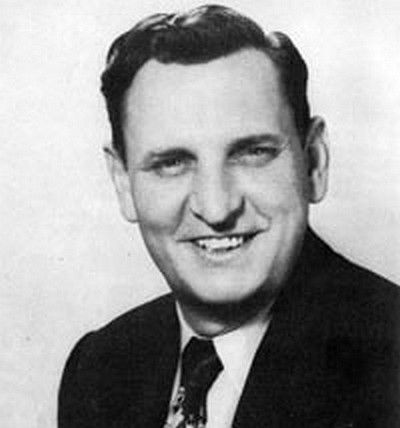 Clyde Moody was a premier singer and instrumentalist in bluegrass. Born September 19, 1915 in Cherokee, North Carolina, he grew up at a time when brother duets were popular in country music and during the mid-1930s joined with Jay Hugh Hall to form the Happy-Go-Lucky Boys in WSPA in Spartanburg, South Carolina. He joined J.E. Mainer’s Mountaineers in late 1938 and then joined Wade Mainer and became part of the Sons of the Mountaineers who worked regularly on WPTF in Raleigh, North Carolina.

Clyde Moody joined Bill Monroe and his Blue Grass Boys at WSM and the Grand Ole Opry in Nashville in September, 1940 as that group was evolving from a string band into a bluegrass group. On his first session with Monroe, Moody sang a solo on “Six White Horses” and played mandolin on “Mule Skinner Blues” while Bill Monroe played guitar.

The following year, 1941, Moody formed a duet act with Lester Flatt on WBBB in Burlington, North Carolina, then re-joined the Blue Grass Boys in 1942 and remained with them until 1945 when he left to pursue a solo career.

Moody was a member of the Grand Ole Opry and recorded for Columbia, Bullet and King Records. His first record for King was “Shenandoah Waltz,” which was a tune by fiddler Chubby Wise that Moody wrote the lyrics to. With this hit, Moody became known as “The Hillbilly Waltz King” and “The Genial Gentleman of Country Music.”

During a musical career that spanned over 50 years, Clyde Moody moved from old time duets and string bands to bluegrass and then as a “crooner” in country music. In 1955 he toured with a young Elvis Presley and he played at the first bluegrass festival, held in Fincastle, Virginia in 1965. He performed at the White House three times and had a daily television show in Raleigh.

Tend To Your Business

I Love You Because