You are here: Home / Blog / Induction 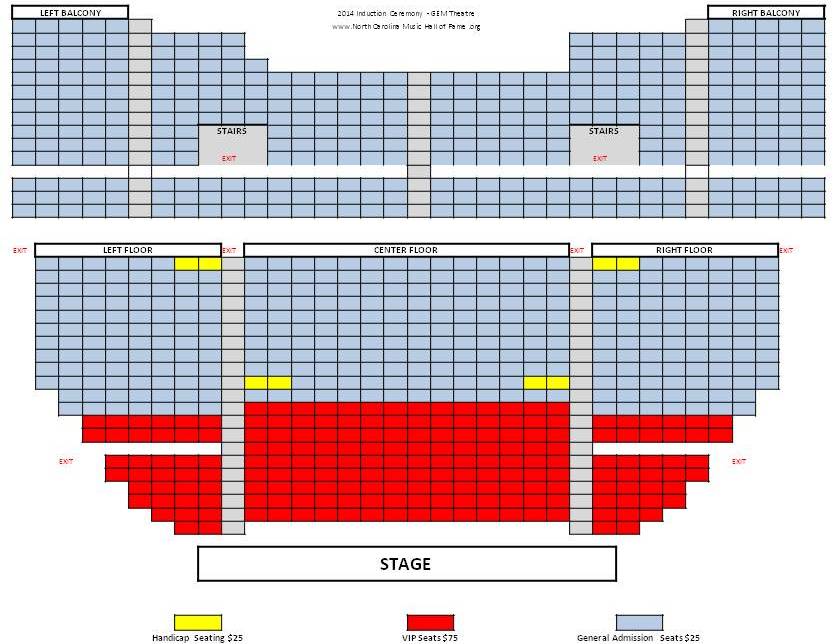 Kannapolis – The North Carolina Music Hall of Fame has announced the names of this year’s inductees. The ceremony will take place Thursday, October 11.

The induction ceremony will take place Thursday, October 11th at Gibson Mill, Vintage Auto Club Conference and Events Center, 325 McGill Avenue, Concord. The evening will include a reception, dinner and induction ceremony with a variety of entertainment. Advance sale tickets and reservations are available at the museum at 109 West A Street, Kannapolis, NC.

The North Carolina Music Hall of Fame announces this year’s induction ceremony will be open to the public. It will be held Thursday, October 7, 2010 in the David H. Murdock Core Laboratory Building in Kannapolis, NC.  The evening will include a reception with the inductees, dinner and induction ceremony with a variety of entertainment.

Most of the inductees and/or their families will attend. Several artists are expected to perform. Tickets are available on the Hall of Fame web site northcarolinamusichalloffame.org or by calling the museum at (704) 934-2320. The museum is open daily from 10:00 am to 4:00 pm and weekends by appointment/reservation.

Media note: if you plan to attend the ceremony, please call Eddie Ray at the museum. All of his information is below.

This year’s inductees include:

The North Carolina Music Hall of Fame has announced the names of this year’s inductees. The
ceremony will take place October 7 in Kannapolis.

The induction ceremony will be held Thursday, October 7, 2010 in the David H. Murdock Core Laboratory Building in Kannapolis, NC and will be open to the public. The evening will include a reception, dinner and induction ceremony with a variety of entertainment. Tickets go on sale September 1st at the museum.