Announcing The 2020 Hall Of Fame Inductees 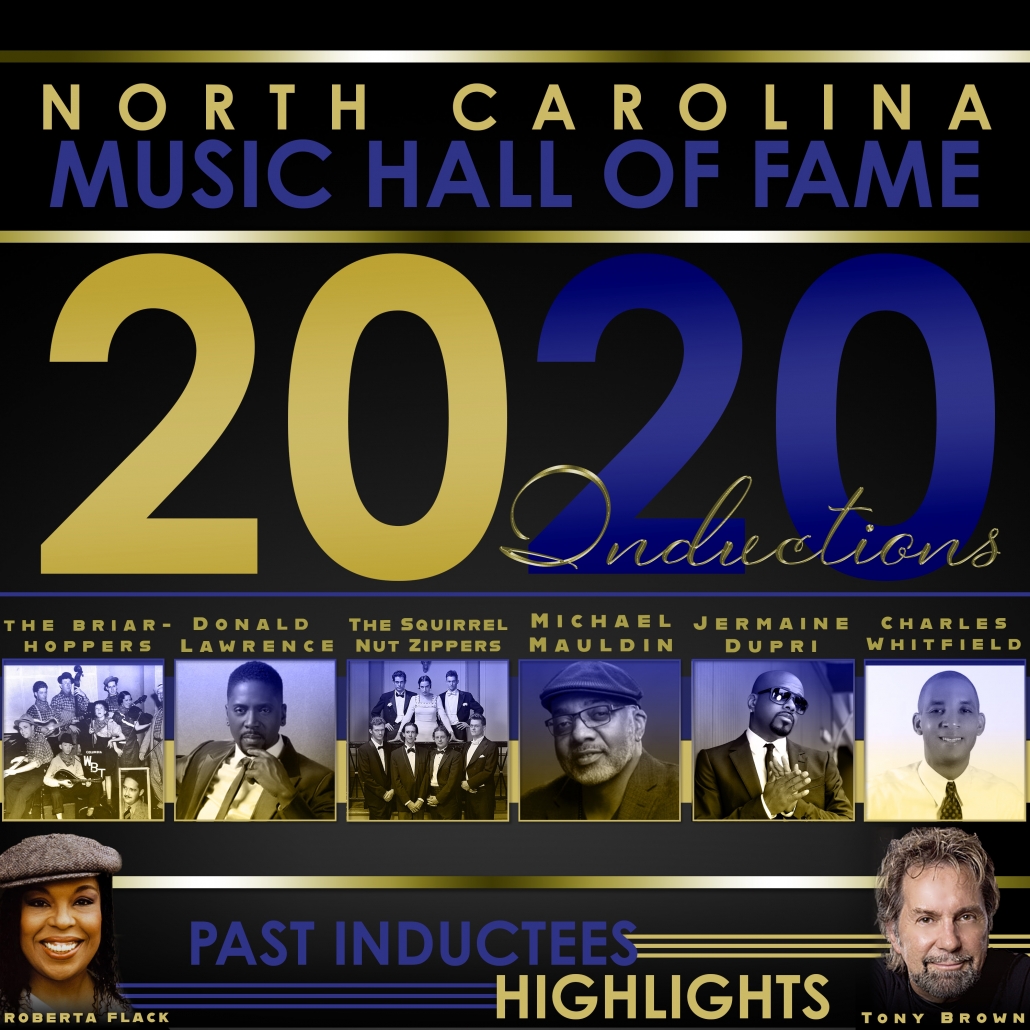 Kannapolis, NC – The North Carolina Music Hall of Fame has announced its 2020 class of inductees. Six will be inducted into the Hall of Fame and two will receive recognition for a lifetime of achievement. The induction will be a commemoration of each inductee and a showcase of their important contributions made to American Music. The 2020 inductees are:

THE BRIARHOPPERS – Oldest continuing bluegrass group in the world. The band formed in Charlotte, North Carolina in 1934 at WBT studios as their first house band to play live on radio.

JERMAINE DUPRI – Grammy Award winning producer, hip-hop artist, songwriter and record executive born in Asheville, North Carolina. Dupri is a member of the Songwriters Hall of Fame and is known for his successful record label So So Def.

MICHAEL MAULDIN – Entertainment executive and live event producer and CEO of Scream Nation, a concert tour joint venture with Live Nation Entertainment. Mauldin is a former President of the Black Music division at Columbia Records, and former Senior VP of the Columbia Record Group, a talent manager, and is the father of recording artist/producer/songwriter Jermaine Dupri. Born in Murphy, North Carolina.

THE SQUIRREL NUT ZIPPERS – Jazz band formed in 1993 in Chapel Hill, North Carolina who reached commercial success during the swing revival during the late 1990’s.  The band’s music is a fusion of Delta blues, gypsy jazz, swing, and other styles.

The Hall will also feature two past inductees to honor with Lifetime Achievement Awards. Tony Brown and Roberta Flack will be recognized for their lifetime achievement of success in the music industry and their massive contributions to American music over several decades.

TONY BROWN – Grammy award winning record producer and pianist, known primarily for his work in country music from Greensboro, NC. Brown co-founded Universal South Records and is the former President of MCA Records Nashville—a title he held for nearly a decade. Brown produced numerous hits by artist like George Strait, Reba McEntire, and Vince Gill. He has won seven Academy of Country Music awards, including Producer of the Year, multiple CMA awards, and he has many gold, platinum, and multi-platinum album credits.

ROBERTA FLACK – Grammy award winning singer-songwriter from Black Mountain, NC. She is the only solo artist to win a Grammy for Record of the Year for two consecutive years. Roberta Flack is a humanitarian, mentor, and founded the Roberta Flack School of Music at the Hyde Leadership Charter School in the Bronx, providing an innovative and inspiring music education program to underprivileged students free of charge. She also received a Grammy Lifetime Achievement Award in 2020.

The induction ceremony, which was originally slated for this October, will be postponed due to the COVID-19 outbreak. The NC Music Hall of Fame plans to move the event to 2021 providing that North Carolina is clear to safely conduct mass gatherings. The ceremony normally takes place at the Gem Theatre in downtown Kannapolis and is expected to be scheduled there next year.